Haiti in a State of Emergency

16 Aug Haiti in a State of Emergency

Posted at 15:29h in News by WorldWater

Disaster is “likely widespread” after a 7.2-magnitude earthquake struck the Sud region of southern Haiti at 8:29 a.m., local time, on Saturday, sending people into the streets as buildings toppled in the shaking.

As of Sunday evening, the death toll had risen to over 1,200, but that number is expected to keep rising. According to CNN, at least 5,700 others were likely injured in the crumbling of buildings.

The United States Geological Survey (USGS) marked the epicenter of the quake about 80 miles (129 km) to the southwest of Port-au-Prince, the capital of Haiti, with a depth of around 6 miles (10 km).

Following the major earthquake, as of Sunday morning, another six aftershocks of 5.0 or greater were felt across the region.

Jerry Chandler, Haiti’s director of civil protection, told The AP that additional teams were being sent to the center of the damage for search and rescue missions, while Prime Minister Ariel Henry said he was rushing aid to the most directly devastated areas, where hospitals have quickly become overrun. 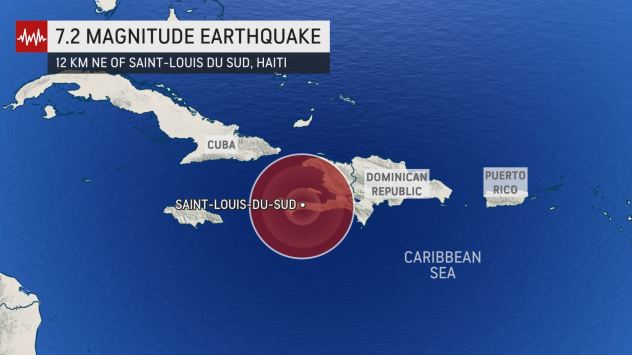 “High casualties are probable and the disaster is likely widespread,” announced the USGS, adding that the majority of the population in southern Haiti reside in structures that are vulnerable to shaking. “Past events with this alert level have required a national or international level response.”

The USGS also warned that recent earthquakes in this area have also lead to additional hazards, such as landslides, which may have contributed to losses.

Henry declared a state of emergency on Saturday, adding that necessary arrangements will be made to help those affected in the Southern Peninsula. According to local media, the state of emergency will last for a month. Henry added that he would not seek international help until the full extent is clear.

“The most important thing is to recover as many survivors as possible under the rubble,” Henry said. “We have learned that the local hospitals, in particular that of Les Cayes, are overwhelmed with wounded, fractured people.”

Shortly after the quake, U.S. President Joe Biden named a USAID Administrator to oversee the country’s aid response and efforts to help Haiti. The countries of Argentina and Chile also offered help to the region.

Saturday’s earthquake was the largest to hit Haiti since a magnitude 7.0 earthquake devastated the country on Jan. 12, 2010.

The epicenter of the 2010 tremor was closer to Port-au-Prince and caused more than 100,000 fatalities. 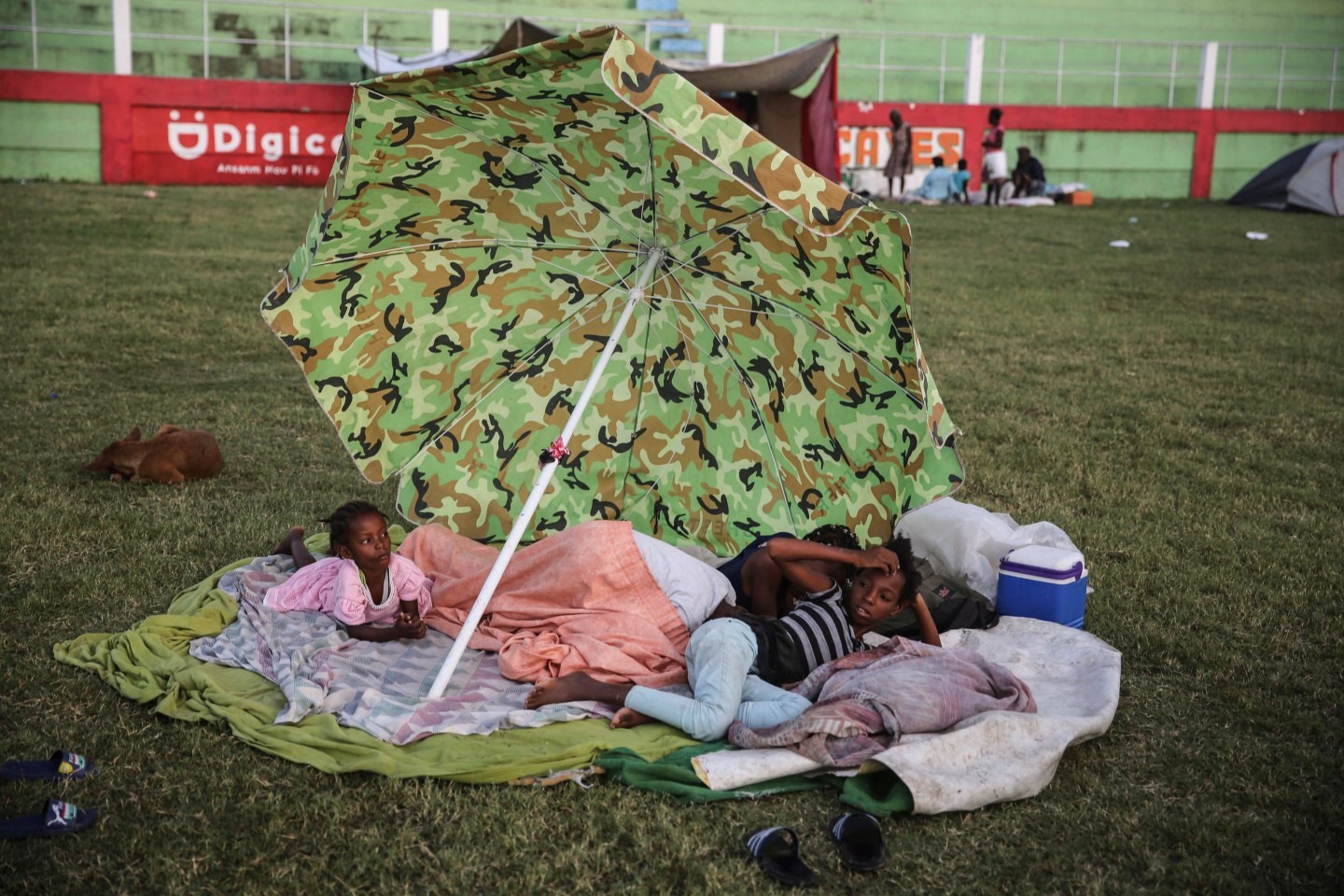 Naomi Verneus, a 34-year-old resident of Port-au-Prince, told The AP she was jolted awake by the earthquake and that her bed was shaking.

“I woke up and didn’t have time to put my shoes on. We lived [through] the 2010 earthquake and all I could do was run. I later remembered my two kids and my mother were still inside. My neighbor went in and told them to get out,” Verneus said.

At 9:15 a.m., local time, on Saturday, the Pacific Tsunami Warning Center issued an alert for potential tsunami waves 3-10 foot (1-3 m) high that could impact the coast of Haiti near the epicenter, the warning was lifted shortly after.

The main earthquake was followed by a 5.2-magnitude aftershock at 9:49 a.m., local time. Several other aftershocks also occurred into Sunday morning.

Shaking could be felt across the northern Caribbean, including in the neighboring Dominican Republic, eastern Cuba, Jamaica and Puerto Rico.